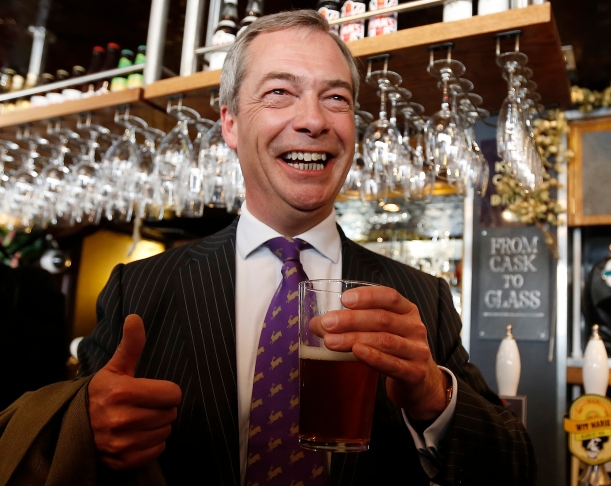 Who’s got the last laugh now?

As this blog predicted two days ago, Conservative Central Office shot themselves, not so much in the foot, more in the head, with their smear campaign ordered by Party Chairman Grant Shapps last week, aided by the BBC, and culminating in stories about Ukip candidates and their social media sites.

I said this on Wednesday:

“It is for this reason I believe the smear campaign against UKIP will back-fire – it may just save UKIP a ton of manhours in Get Out The Vote activity.”

And that is exactly what happened. Without even sending an activist to the doorstep and by only sending out one leaflet posted through doors by a delivery company, Ukip mopped up 26% of the vote. The more Tory MPs called Ukip supporters racist, gadflies, fruitcakes, nutters, and, of course, clowns, the more votes Ukip captured.

Nigel Farage calculated on Sky News this lunchtime that Ken Clarke’s appearance on our TV screens on Sunday – looking like he had been dragged through a hedge backwards after a heavy Saturday night, as Mr Farage eloquently put it – with his ramble that Ukip were a bunch of “clowns”, added around 3% on to the Ukip vote share.

The end result in Ipswich was Ukip pushed the Tory candidate into third place in 4 out of 13 seats and won a seat in Whitton and Whitehouse Division, giving them a total of 9 councillors at County Hall. In Rushmere division, sitting high-profile Conservative Judy Terry was defeated with Labour re-capturing the seat with 1117 votes. Ukip got 401 votes and the Tories only managed 628. The Ukip presence had a major impact but it is not the full story. Judy Terry lost because Labour mopped up votes from Liberal Democrats and Greens with Ukip creaming off another 400 from all parties, including the Tories.

The Conservative vote fell across the Ipswich divisions accept in Bixley where it held up – it was here Ukip did not stand in the Tories’ safest seat in the town. The Yellow Peril vote collapsed across the town with even Inga Lockington nearly losing her beloved St Margaret’s and Westgate seat – she scraped home by 16 votes.

This being the People’s Socialist Republic of Ipswich, Labour gained 7 seats, 3 from the Lib Dems and 4 from the Conservatives. They held all their seats where they were the incumbent.

This being mid-term and the Tories trailing Labour in the national polls, the Conservatives were always going to lose every seat in Ipswich they held apart from Bixley, without Ukip’s help. But the presence of Nigel Farage’s party meant in three divisions the Tories were humiliated by being pushed into third place and their candidate ensured Judy Terry was soundly defeated in Rushmere.

A senior Ipswich Tory told me tonight it had been “disastrous”. There’s one politician who will be very happy today. What can he achieve next? 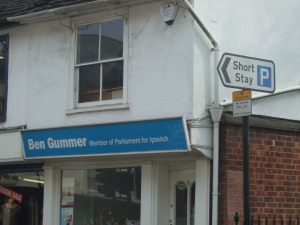 Ukip have exceeded even my expectations and have not just taken a huge chunk of the voting share in Ipswich but have gone and won a seat in the Whitton and Whitehouse Division on Suffolk County Council.

Although Whitton and Whitehouse is not in Ipswich MP Ben Gummer’s constituency, the trend across his own parliamentary seat has seen UKIP push the Tories into third place in many of the thirteen County seats.

The UKIP surge should worry Mr Gummer greatly – but I really doubt he gets the seriousness of what is happening. Just as the upper class in the Cabinet can’t seem to get far enough out of their ivory towers to smell the ordinary man on the street, some backbench MPs, like Mr Gummer, also find it terribly difficult to understand regular people too. This then leads to a tyranny of complacency and electoral results we have seen today.

As several commentators have pointed out, there is no point the Conservative Party, with the Liberal Democrats joined at the hip, trying to run the country like a version of New Labour. The country is economically on its knees, the party is over and the mega-state New Labour created, firmly placed in the bosom of the EU, and the new moral code (basically do anything you like, marry your dog, why not? kind of attitude) is being rejected by 1 in 4 of the electorate, and add in the Conservatives who currently remain loyal and millions upon millions of people are fed up with the mainstream parties and metropolitan elite in Westminster.

These results are historic. 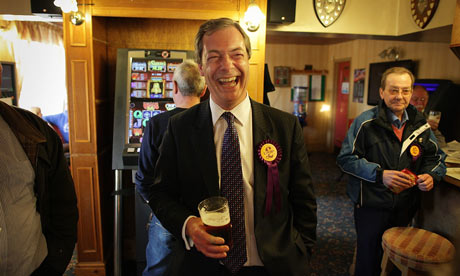 Initial results from the Suffolk County Council elections in Ipswich have seen the Conservative candidate relegated to third place in every division apart from  Bixley, where UKIP did not stand, and in Rushmere, where high-profile Conservative Judy Terry has lost her seat by nearly 500 votes. UKIP polled 401 votes in  Rushmere.

UKIP have clearly taken votes from many disaffected Tories, reflecting their national results, where 1 in 4 people have voted UKIP in these local elections.

In the parliamentary by-election in South Shields, UKIP also pushed the Tory candidate into third place, with Labour holding on to the seat, formerly occupied by David Miliband.