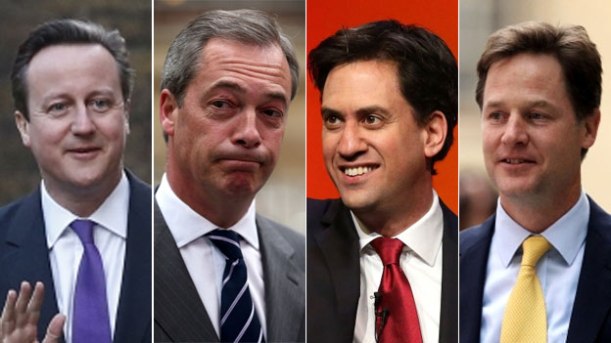 The event was well attended with people from across the economic sectors and pressure groups, such as the TaxPayers’ Alliance. The debate was chaired by one of the bigwigs from Weber Shandwick with a panel made up of the polling firm ComRes, Lib Dem MP Tom Brake, Priti Patel for the Tories, Natascha Engel representing Labour and Tim Aker, UKIP’s head of policy, and Sophy Ridge from Sky News.

ComRes kicked off the discussion with a presentation on the latest polling figures. This was very interesting stuff with a number of figures jumping out to form a startling yet still very unclear view of the election result come May next year.  I was reminded the Tories actually did quite well in 2010, gaining 94 seats but with 36.1% of the vote – but still unable to win a majority. ComRes repeated their claim that 38% of the electorate who will vote in the European Elections will place their cross in the UKIP box. This would mean UKIP come first in the UK European Parliamentary Elections, triggering the “political earthquake” UKIP leader Nigel Farage has talked often about.

But, when it comes to the General Election, UKIP loses a quarter of this vote. Labour and the Tories will only see 5% of their European election vote switch next year. This gives fuel to Conservative Party Chairman Grant Shapps’ argument that UKIP voters in the European elections will come back to the Tory fold in time for the General Election. Well, less than a quarter will (once you strip out those who switch back to voting Labour or Lib Dem), which is better than nothing but not enough to risk splitting the Conservative vote. Labour also only need a swing of 2% to them to win an outright majority. As Priti Patel admitted later, her “party has a challenge on its hands”.

For the Lib Dems – they are sunk this year and next year having lost three quarters of their vote since 2010. Bye then.

“It’s the economy, stupid”, as Bill Clinton’s campaign strategist once famously said, still resonates today. And ComRes polling on how people feel about the economy does not look good for David Cameron and George Osborne: 51% say they do not see any improvement in their economic fortunes since 2010. Labour’s campaign on the “cost of living” is a shrewd move and it will pay dividends in May 2015.

When the debate switched to the politicians on the panel, we heard some interesting views from all three MPs. Priti Patel kicked off and she immediately proved once again why she has been dubbed the darling of the Right. To the extent Tim Aker later on (whilst Priti Patel was briefly away voting in the House of Commons) quipped he couldn’t speak for Priti but she certainly could speak for him! Mrs Patel lovebombed UKIP saying her party should not be attacking Nigel Farage’s party. The Witham MP also said the Conservative Party’s activist base was at its lowest it has ever been and the party in Government had alienated its members. It’s as if she was rehearsing her leadership speech for Party Conference in October 2015. She certainly ticked the right boxes for me.

Labour’s Natascha Engel was a perfectly nice lady but she really is a bit of a wet blanket. She didn’t say a lot about her party or their policies but did find time to say she doesn’t like asking electors for their voting intention on the doorstep. How on earth did she get elected?

It was then Tom Brake’s turn to say how wonderful the Lib Dems were in Government and that they were the ones who had done all the good things – £10,000 tax allowance was theirs of course –  and the Tories had insisted on all the nasty things. Oh and it was the Liberal Democrats who had secured 1.5 Million apprenticeships too. When questioned on why they were therefore doing so badly in the polls, Mr Brake said he found that concentrating on local issues in his constituency helped keep his base on side. Well that may be so in his seat but it won’t save his wider party from oblivion at the General Election.

And then UKIP’s head of policy – and fellow Essex resident (two on the same panel indeed along with Priti Patel) – Tim Aker launched his rhetoric. Straight off the bat he announced the “Lib Dems are history” (fair point) and that despite David Cameron’s promise to control immigration it was in fact back up to “Blair standards”. He even insisted that he HAD to wear his UKIP rosette whilst canvassing in his Thurrock prospective seat so he didn’t get verbally attacked! Strangely (or maybe not) Priti Patel was nodding along to Aker’s rhetorical beat. Mr Aker rounded off his commentary with “People are fed up of the three main Westminster parties. We are the alternative”.

Questions from the audience were then welcomed. Jonathan Isaby, Chief Executive of the TaxPayers’ Alliance, asked a question which summed up how difficult it was to predict the General Election result when he said “What use is a national poll going to be in the General Election?”  ComRes’ head of political polling, Tom Mludzinski, said in reply it was too early to predict the result but they were currently drilling down even further by polling in the 40 most marginal seats. I wouldn’t be surprised if my former stomping ground,  Ipswich, was one of those marginal seats being polled.

Wrapping up the evening, Sophy Ridge provided her analysis and admitted she had been to a UKIP rally recently – for work purposes only of course, she cringed. Miss Ridge homed in on a point Priti Patel made earlier when she voiced deep concern about the direction the Scottish Referendum was taking and there was a serious risk of a Yes vote. As this was a polite gathering, no one pointed out that David Cameron may have made a stupid error in allowing Salmond his vote on independence. Sophy Ridge did point out there was a chance of some strange results whereby incumbent MPs go against their party’s swing and display “limpet-like” quality in hanging on to their seats. There’s hope for Ben Gummer yet! Finally, she identified three “curve balls”: the result of the Scottish Referendum could change everything; UKIP victory at the European Elections and how David Cameron reacts to this – does he take his party to the Right allowing Labour to occupy the centre ground?; the anti-establishment mood in the country: this is what Salmond and Farage have latched on to. Miss Ridge recounted her attendance at the UKIP rally where Mr Farage talked about Europe, immigration etc but it was when he urged the audience to give two fingers to the Westminster establishment he got the biggest cheer of the night.

Interesting indeed and even if I were a betting man, I wouldn’t waste my money – despite us only having one year to go.

This time next year will be the eve of the General Election in the United Kingdom, when we voters will pass our verdict on the Coalition Government led by David Cameron of the Conservatives and his Deputy Nick Clegg of the Liberal Democrats. 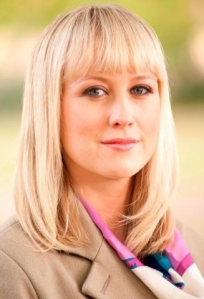 Tonight I will be at a special debate in Westminster hosted by PR firm Weber Shandwick. All four main parties will represented on the panel with Priti Patel MP taking part the Tories, Natascha Engel MP for Labour, Tom Brake MP of the Lib Dems and Tim Aker, as Head of Policy for UKIP.  Weber Shandwick have also teamed up with polling company ComRes, who during the evening will take a scientific look at what could be the outcome of the General Election poll in May 2015. Sky News’ political correspondent Sophy Ridge will conclude the discussion with her own analysis of how the political parties will fare once they face the judgement of the electorate.

Even if you can’t make tonight’s debate, you can follow and engage in the conversation online on Twitter using the hashtag #oneyeartogo.

A full report of the evening will be posted soon.

Error: Twitter did not respond. Please wait a few minutes and refresh this page.