One of the Coalition’s huge failing is the lack of house building, which has pushed up house prices and locked millions of young professionals – who when their parents were the same age rightly expected to own their first or even second home – out of the housing market.

The reason for this travesty is young professionals no longer vote. But their parents – the babyboomers – do, so it doesn’t take a genius to realise why no new houses are being built next door to mum and dad.

The current hot weather also brings home the do-it-on-the-cheap mentality that developers pursue, when they are reluctantly given permission to build by the same babyboomer councillors, to ensure they meet affordable housing targets.  Today, new build homes, or units in the developer parlance, are little more than rabbit hutches for humans, to save on material costs and to cram as many homes to sell into one tiny scrap of land. But that doesn’t mean the few young professionals who are lucky enough to afford a home of their own get a cheaper deal. Don’t be silly. They will still pay sky-high prices to subsidise the affordable home quota.

And boil like rabbits in their hutches upon a summer’s night.

I was always a bit wary of über-Tories or Cameroons saying in response to Labour’s “cost of living” rhetoric that, ah, wages will soon outstrip inflation and that will shoot Miliband’s fox! As if we’ll all going to feel like millionaires as soon as that happens.

Well, today it has happened. Using CPI, which I find dodgy as it doesn’t taken into account housing costs (why on Earth not?), the Office for National Statistics calculated earlier this month inflation was 1.6% in the year to March. RPI (which does include housing) was at 2.5%.  Today, figures were released showing wages in the three months to February grew at 1.7% .

Putting aside the lack of direct comparisons between the figures the ONS is bandying about, yes wages are now outstripping one level of inflation. But do you feel like that is the case? Do you feel you have more in your pocket after bills and paying for things like, err, food. Nope, me neither. And there is a good reason for this. Wages are no where near the level they were before the crash in 2008 and the Great Recession started. As respected Sky News Economics Editor, Ed Conway, says, wages are now around 8% lower than they were in 2008. The Office for Budgetary Responsibility (an independent public finances watchdog set up by the Coalition Government in 2010) predicts wages won’t actually get back to pre-2008 levels until 2018 – FOUR years away.

Which, as always in politics, means the cost of living is not a black and white issue. The same über-Tories go around saying Cameron will win in the 2015 Election if he has asks the question: “Do you feel better off now than in 2010?”. Well, based on the OBR prediction, the answer will be “No”.  Perhaps, Ed Miliband’s “cost of living” rhetoric has some gas left in the tank yet. 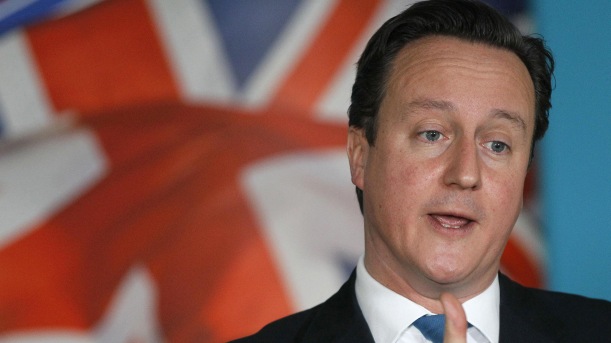 Well, well, the Conservative Party leader, David Cameron, has today “made it known” to the Daily Telegraph he now doesn’t want to enter into a second Coalition Government should the Tories fail to secure a majority in next year’s General Election and will commit to this in the Conservative Party manifesto for 2015.

I’m delighted Mr Cameron should say this. I never wanted the Conservatives to enter into a Coalition in the first place back in 2010. It was a grubby deal done for the sole purpose of David Cameron being able to tick off “been Prime Minister” on his to-do list – and, of course, so smirky Nick Clegg could slip into power via the back door. The Lib Dem leader actually LOST seats in the 2010 General Election but Mr Clegg still ended up as Deputy Prime Minister.

But I wouldn’t trust David Cameron. His views blow like the wind, just like a certain Mr Bliar’s did. Whatever the focus groups want, Mr Cameron will slot straight in behind. It seems the general public don’t like Coalition Governments much, with a poll by Ipsos MORI last month showing that 65 per cent of voters believe that a second hung parliament would be bad for Britain. This is hardly surprising as our entire political system, endorsed by the Great British electorate over centuries, is deliberately geared so we don’t end up with coalitions, like our European cousins are so fond of. The reason we ended up in this blue-yellow mish mash in Westminster is because the electorate still hadn’t fully warmed to the Conservative Party – borne out by the fact the Labour Party had imploded and still David Cameron wasn’t able to win a majority.

This is a shrewd move by the Prime Minister. He knows many of his Tory backbenchers hate having to share a bed with the yellow peril and thousands of his party members and activists are demotivated by the ease at which David Cameron brokered a deal with Nick Clegg. By painting a stark choice between either a Conservative Government or a Labour Government at the 2015 election, this may well help persuade Tories who have defected to UKIP over the last couple of years to come back to the fold to ensure Ed Miliband doesn’t end up with the keys to 10 Downing Street.

Not all so-called Conservatives were demotivated by their party forming a coalition with the Liberal Democrats. Apart from the obvious examples on the Tory frontbench like Michael Gove and George Osborne, many from the voluntary party were strong advocates of David Cameron’s decision to form a Coalition Government. I found this deeply suspicious and it helped me understand the difference between a true-blue Tory and those just along for the power-trip. But I expect these Coalition apparatchiks will, just like the change in direction of the wind, soon be flag wavers against forming Coalition Governments. The problem for them this time is we now know who they are.