A quote from Justice Secretary Ken Clarke on Sky News earlier was telling: “Public consultation is how we do Government these days.” One could infer from what Mr Clarke said it wasn’t always the case. And, of course, it wasn’t. When we had real leaders running the country, they ploughed on with the mandate given to them by the electorate. As I found when I was a councillor, the return-rate for consultation questionnaires is abysmal. In my view, the reason for this is the public don’t want to be bothered with the minutiae of government: that’s what they elect politicians to do.

But many of the politicians of today are so weak and feeble they must ask “mummy and daddy” – i.e. the general public – permission to almost go to the Treasury toilet. May I remind them the great British public are too busy being real mothers and fathers to their own children and getting on with their own jobs to have to veto every decision taken by government. Just do it – and if we don’t like it we will sack you at the next election. You are not our children – you are our servants. Get to work. 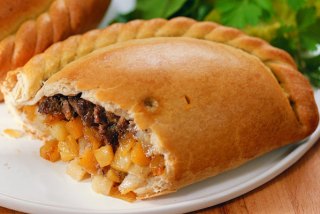 This talk of consultation is because of the latest Coalition Government U-turn – this time on the Pasty tax. Not wishing to go overboard with the food metaphors but this was a right political hot potato which should never have made it to second base in the budget drafting process (that’s if there was even a second base!) let alone make it all the way to the dispatch box. It was only ever going to end in tears if two Conservative chaps who have never had to scrape around for some change to buy a pint of milk at the end of the month decided to tax the working man’s lunch. And so it has passed. Chancellor Osborne is so sorry for his bad behaviour and has promised The Sun he has listened to the ticking off he has received and will try harder next time. There’s one word for that action: weak.

Taxing pasties might not have been the brightest idea but please don’t compound it by doing a U-Turn after half your parliamentary party has gone to their local media to tell their constituents what a sensible idea it is. Clegg does a good enough job at trashing the Tories – you don’t need your own side making fools of your backbenchers as well.

Of course, if we had a proper Conservative Government, we wouldn’t need to touch the beloved Cornish pasty. We’d cut public spending to force down the deficit. There’s plenty of scope. Hardly anything has been cut in the last two years – in fact the Government is borrowing more than Gordon Brown ever did to spend on a bloated welfare state to keep those who refuse to work tucked up in bed until midday everyday. And then there is the NHS which recently spent £17 on a gluten-free pizza, which doesn’t include handling and delivery charges. See? – plenty of scope.

I have a straightforward message to help the Government cut the deficit and bring down our debt: stop spending our money! As Aleksandr Orlov says: “Simples”.